Last week, we all saw pictures of Louisiana Senators and Congressmen eating seafood at the Washington, DC Mardi Gras Ball. The state is gearing up for a $30 million campaign to bolster the state’s most important industry, and to attempt to re-brand Gulf seafood as “not covered in oil.” But amid this effort, a Louisiana lawyer has become one of the most vociferous opponents against the Food and Drug Administration’s (FDA) “all-clear” on seafood coming from the Gulf.

Stuart Smith is an environmental lawyer from New Orleans. He is representing a group of business owners, fishermen and the Louisiana Environmental Action Network (LEAN), aiming to recoup financially for the danger and exposure that the Deepwater Horizon oil spill caused coastal residents. While this seems laudable, some — including sources in the Wildlife and Fisheries department, the FDA, and public health professors — fear that Smiths work is based on bad science, and that the only thing he’s done so far is scare consumers away from the state’s seafood industry.

Earlier this month, his office issued the following statement:

The “all-clear” message has become louder and more desperate as the spill’s damage take a heavy toll on Gulf businesses and individuals’ health.

“Anybody that thinks you could put 400 million gallons of oil in the Gulf and it’s not going to contaminate anything has just lost their mind,” Smith said in a phone interview last week.

Today, over 90 percent of the fishery zones on the coast that were previously closed due to health concerns regarding the oil spill have been reopened. The FDA’s protocol for re-opening fisheries has established that the waters, and seafood, in those areas are now safe for contact and consumption.

“Well, safe is a relative term,” said Smith. “The limits are set by them…there’s no safe level of exposure to these things. Any exposure increases risk of cancer. What may be safe to the government may not be safe to me or you or to anybody else,” he said.

The question of safety is one component of Smith’s attack on the federal government. He also believes that the FDA’s toxin tests are too narrow. Smith says that his team has found dangerous levels of contaminants, called petroleum hydrocarbons, in seafood.

“We have test results proving that the species that we’re testing — the crabs, the oysters, the clams, the algae, the fish — are contaminated,” he said.

In light of all the data pointing to the contrary, that’s a bold statement. Smith is facing a large group of state and federal scientists and public health officials who disagree. He asserts that his team’s tests are accurate and undeniable.

“We have spent almost a million dollars doing environmental sampling in the Gulf, and our scientists are using the exact same lab and the exact same methods that the federal government is using,” Smith said. “We have the government coming out in November saying [they] have not found any contaminated food in the Gulf of Mexico,” he said. “That’s pretty clear indication that either they’re not testing properly, or they’re not telling the truth.”

“It’s obvious to any rational human being,” he added.

FDA’s sniff test not so hokey 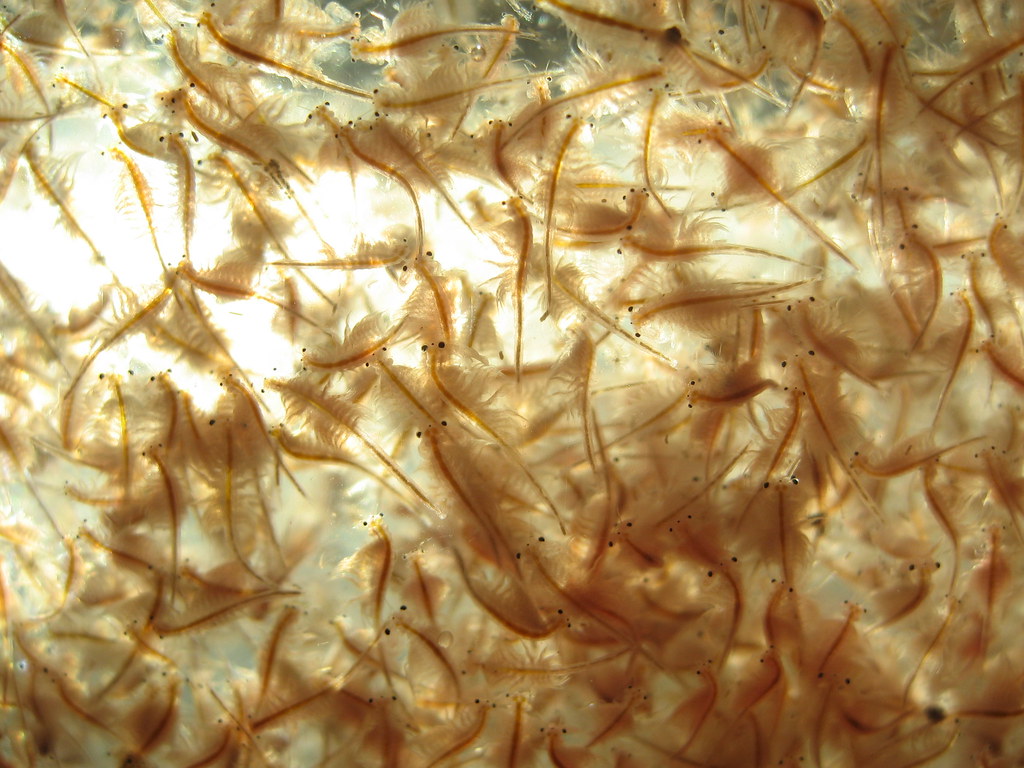 It was difficult to get anyone from Smith’s team to hand over the actual data they reference in their claims. Most of what was available to Dig — we were redirected to the website www.LEANWeb.org on multiple occasions to find data — was vague, disorganized and incomplete.

William Sawyer, one of Smith’s toxicologists, provided us with a series of slides outlining their central arguments. One slide makes the below statement:

Sensory testing — that is, hiring inspectors to sniff seafood and decide it’s safe for consumption — makes as much sense as hiring people to stare at seafood and say, “Well, it looks OK to me!”

Sawyer’s criticism is that the total petroleum hydrocarbons (TPHs) he has found in the seafood are not odorous, meaning they cannot be detected by odor. He asserts the FDA is missing these hydrocarbons out of ignorance.

It’s true the sensory test portion of the FDA protocol has garnered a lot of snickers from the media and concerned citizens. But critics often misrepresent the test. The FDA’s protocol for reopening an area for fishing is three-tiered: First, there must be no visible signs of oil. Any areas that still show signs of the presence of oil are not eligible for the consideration of reopening. Then, if the area is clear of oil, seafood samples are collected and submitted to an “organoleptic” test — the sniff test — to determine whether the seafood is exhibiting signs of taint.

Samples will be examined by organoleptic [sensory] methods both in the raw and cooked states. If samples from a particular fishery pass sensory testing within a defined sampling area, chemical analyses will be performed on representative samples from that same fishery and area.

Karas Douglas, spokeswoman for the FDA, sent the following response to queries about why the FDA does not test for TPHs:

“If PAHs are detected at very low levels in edible tissues of seafood, then the level of TPHs from oil would be proportionately low in concentration. Additionally, C-17 to C-37 n-alkanes are naturally occurring in the plants, yeasts, fungi and bacteria our seafood eats.”

She did not respond to phone calls as of press time. 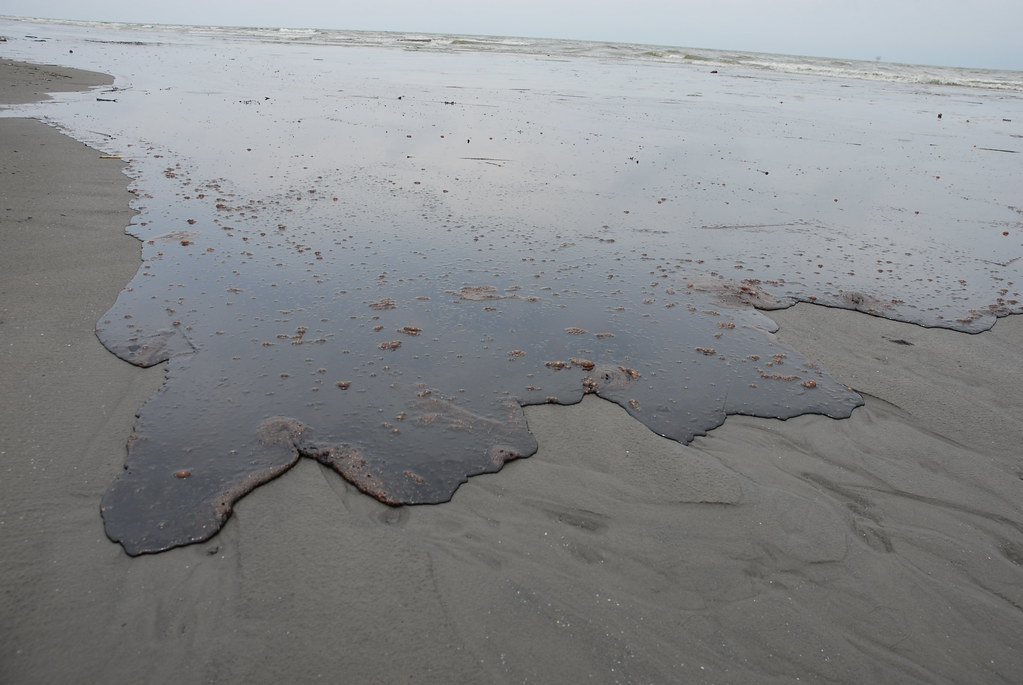 Smith and his team allege that they are testing for and finding high levels of toxins other agencies say are irrelevant.

In a phone interview last week, Sawyer gave us a few more answers about their science.

“The type of hyrdocarbons that we’re finding consistently in high levels — they’re called aliphatic hydrocarbons,” Sawyer said. “And they’re at levels above which are believed to be associated with liver damage…in people with underlying liver disease of hepatitis.”

“The story is our test data has shown this profile in the sediment and in the water, which is being maintained in the water column by dispersants, and also in the edible seafood tissue. The highest levels were in fish samples that were on their way to the marketplace.”

LuAnn White, director of the Center for Applied Environmental Public Health, and senior associate dean at Tulane, called into question the veracity of these claims. Testing for oil, she explained over the phone, is a very technical and complicated process.

“One of the biggest issues is that these compounds are common in many different places,” she said. “For example, if you filled your car up with gasoline, you could measure these things…if you smoked a cigarette, they would be sky high.”

Of course, neither the FDA nor the general public considers going to the gas station to be a significant public health concern.

“The body handles them very fast; they don’t stay in the body very long,” said White.

“Some people have suggested that they have tests that show there are still problems out there, that they are detecting things of concern,” he said. “And when we’ve looked into these results, and the different types of methods that people are using and the conclusions they’re drawing…we’re finding that a number of people are misusing a method, that may not be adapted correctly for what they’re testing, and therefore they’re drawing inaccurate conclusions.”

Smith’s statement mentions a list of volatile hydrocarbons — benzene, ethylbenzene, and styrene — that his team is testing for in humans.

White notes that the FDA does not test for these “volatiles” Smith has listed because they wouldn’t be present.

“Those things are not in the environment. They’re not water-soluble things,” she said. “Just by the nature of it, they’re in a gaseous form, for if you’re talking about seafood,  you’re not going to find it because they volatize out.”

“We have looked at it,” Cianci said. “We have not found the concern relating to this that other people are expressing.”

“When the EPA measured along the shoreline, they measured some of those volatiles,” White continued, but they were from different sources, on-land sources like service stations, or automobiles, or gas stations. “So that’s kind of an empty criticism.”

Another empty criticism, according to Cianci, is that the FDA’s “relaxed” standards pose a threat to public health.

“I don’t know what this guy is talking about. We did not change any ‘levels of concern’ in November 2010,” Cianci said. “The levels of PAHs that we found in the reopened areas are the same that we were finding before the spill.”

Randy Pausina, assistant secretary of the Department of Wildlife and Fisheries, agreed with Cianci.

“All of the testing that has gone on since April 9 has shown that the levels of hydrocarbons in the seafood are at or below normal background levels, and they’ve never varied from that at all,” Pausina said in a phone interview. “I’m telling you the levels are so low, they’re below even the background levels that we would normally find in animals in the Gulf of Mexico.”

That statement seemed a tad exaggerated. I asked Pausina how that could be.

“I’m not a toxicologist,” he said. “The deal is that fish, shrimp and crabs metabolize this oil — if it even gets into their system — extremely fast. It rarely goes through the tissues are very low levels. It may be in their stomachs or livers, but then they metabolize it real fast.”

No one wants to believe Gulf seafood isn’t safe, not families, nor fishermen, nor public health officials. There’s a $2.4 billion dollar industry at stake, along with over 27,000 jobs and the livelihoods of hundreds of families who have been fishing for generations.

“FDA, NOAA-EPA, and the Gulf Coast states, we together came up with the protocol,” Cianci said. “If people think they are finding oil in an area that has reopened, we want them to contact the FDA.”

Cianci also mentioned the FDA has investigated a number of these calls already.

“We’ve had a number of reports of people who believe they had seen oil in the area. But whenever we’ve looked into that, it always turned out that it was not oil. It’s usually green algae.”

The science behind Smith’s work doesn’t seem to hold up against its peers, which they say casts doubt onto the intent behind the lawsuit.

“It’s very biased. It’s biased from the point of view of someone interpreting it,” White said. “And in the last three months there has been a concerted media campaign to help their case. And it’s not an unbiased stance.”

“I know that there’s lots of things that we hear about, because we get calls: ‘This lawyer is trying to drum up a bunch of people for a class-action lawsuit,’ because it’s happening all over,” Pausina said. “It’s ludicrous stuff…and it’s frustrating that we have to stop everything that we’re doing to combat [it], and they don’t have proof. We have thousands of samples of proof.”

Smith. however, is reluctant to back down.

“We’re in negotiations with the Gulf Coast Claims Facility. We’re looking to try to achieve earlier and adequate compensation for our clients. If we are unable to achieve that, then we will sur them until they pay,” he said. “We’ll sue BP, we’ll sue Transocean, we’ll sue Halliburton, we’ll sue everybody that was at fault for this disaster.”